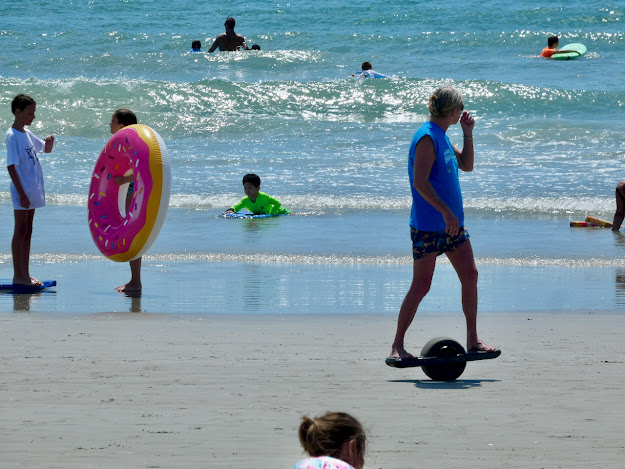 Not everyone was following the guidelines, but mainly it was the young and healthy doing whatever they pleased. These fellows were playing a game where they bounced that red ball off the mat, what they told me is called spikeball, and having a fun time doing so. 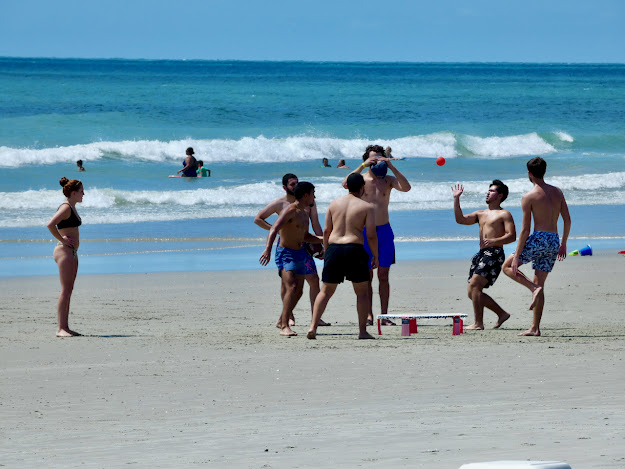 One of the greatest pleasures in life is throwing yourself into crashing waves, or at least that is how I see it. On the other hand, perhaps I am easy to please? 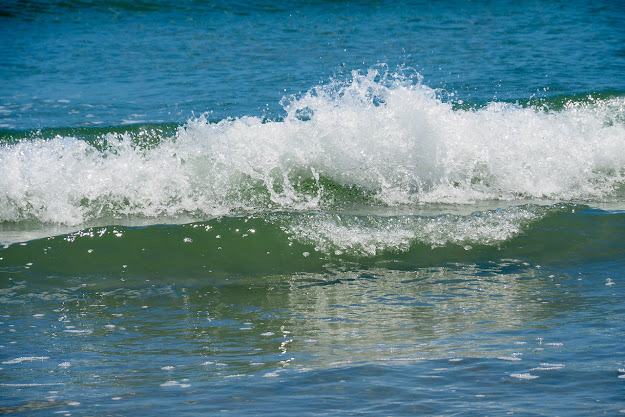 Arriving around 10 in the morning, usually the sun is so blazing hot that after about three hours we have had enough fun, however, on this day, under two umbrellas, we revelled in our time, enjoying the sights and sounds of people of every color and political persuasion enjoying God's gifts to us. Not a single person on that beach cared one whit about anyone else's opinion, which in these days is saying a lot. 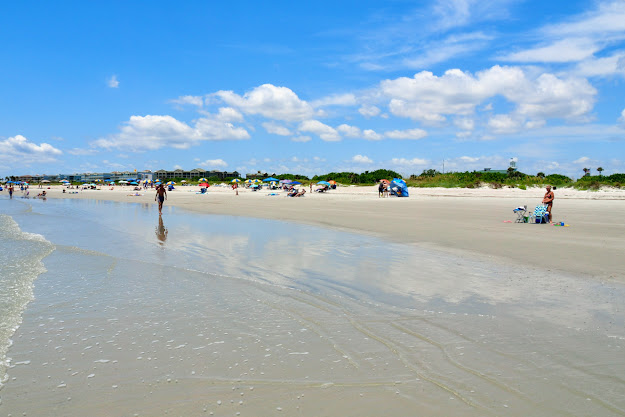 The breeze was so cool that this lady, who never goes to the beach without going into the water, waited nearly three hours to do so, not because the water was cold because it was not, but because I would be chilly walking back to my chair. Eventually that just seemed silly, so in I plunged. At one point a big tanker came through the canal heading out to sea and boy, the size really stood out against the small people having a good time. 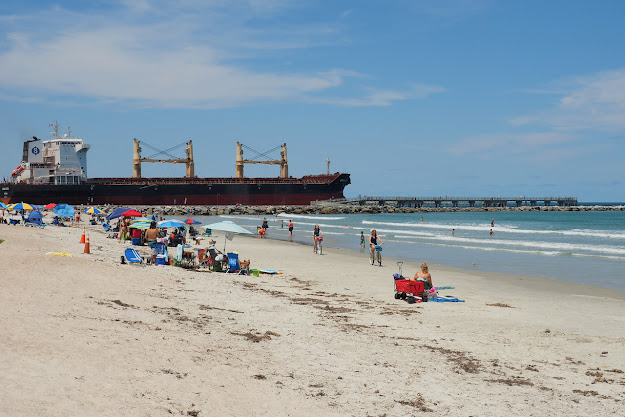 Some folks like to sit in the shallow water, digging their feet into the squishy, wet sand. 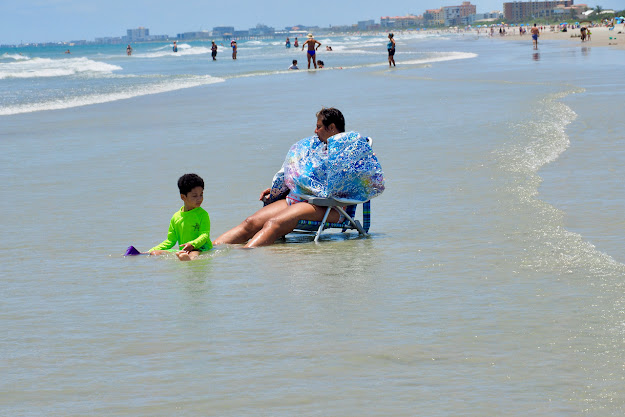 Earlier a bunch of young people were involved in a surfing camp, either glad because the waves were small enough for their skill level, or just the opposite, wishing they were bigger. 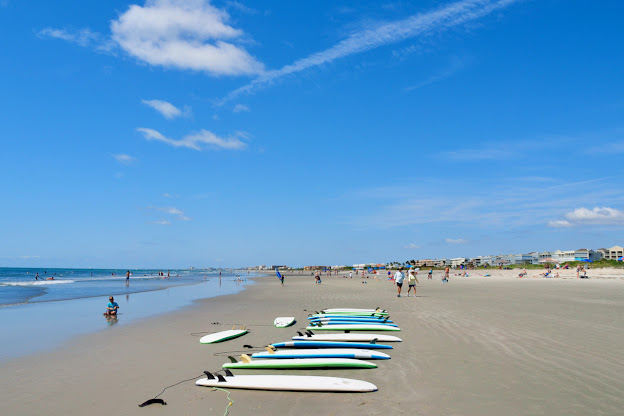 When we arrived, there were only a handful of people, however, as the day wore on, the crowds continued growing which really surprised me for a Tuesday. 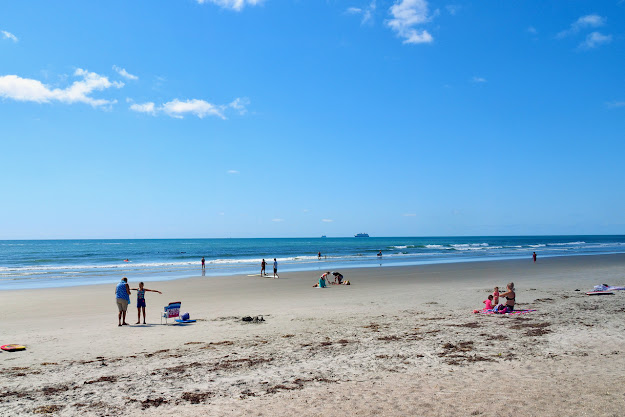 What you might notice is the Disney cruise ship parked out to sea, along with another small boat. It is hard to imagine most folks wanting to get on a cruise ship anytime soon, but then again, there are all kinds of folks who like doing all manner of things that I might not do. Heck, I've never wanted to go on a cruise even when no one had even heard of Covid-19, already making me an anomaly. 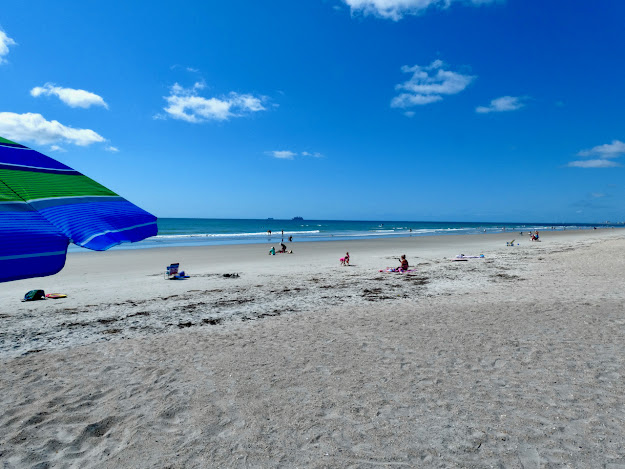 I can't begin to put into words what the day meant to me, but one thing came to my mind while diving head first into the crashing waves...a favorite gospel song of mine with the lyrics, "beneath the cleansing flood". That's what it felt like, washing away all the months of uncertainty. Of course, getting back into the car on the drive home, they began discussing disturbing political things and I asked Bruce to please change the channel. I want to just bask in goodness for a little while, letting the "great world spin" without me taking note. One thing my Mother used to tell me is there is a reason it is called "the news" and that is because it is out of the ordinary. We often tend to forget that, don't you think?
Another exciting happening around here was, that an owl came to visit early the other morning!! Somehow I noticed out the bedroom window what I thought was an owl on the ground, and sure enough, by the time I grabbed my camera and got outside, she was in one of the trees! 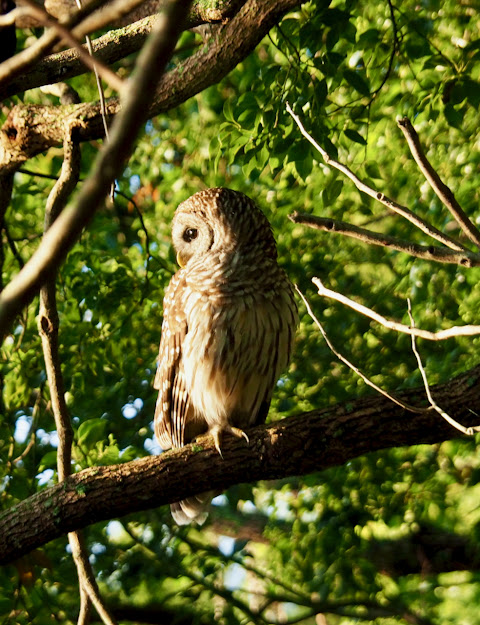 I had begun to think I would never see one again! If not for a noisy crow harassing the owl, I would have had longer to gaze at her beauty. Certainly every time that happens I am amazed that smaller birds can bother the bigger ones.
In other great news, we had a gorgeous rainbow again, this time I think maybe Saturday night? Seriously, you, or I, for that matter, could care less what day it was, just that it happened and it was a beauty. While I would love to show you the entire arc, it was far too large for my lens to contain in one photo. 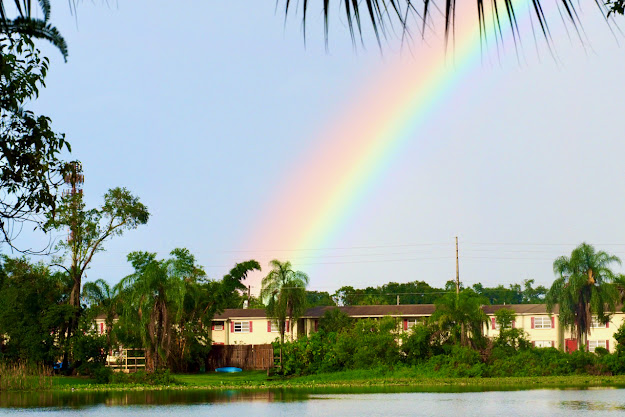 Woo hoo...I finished another puzzle! While that doesn't sound so amazing, I'm choosing to think otherwise because at my age, learning new skills is good for me and this one qualifies. Feeling pretty good about learning how to do a 500 piece jigsaw puzzle and learning to play pickleball at the same time. What next, pray tell? 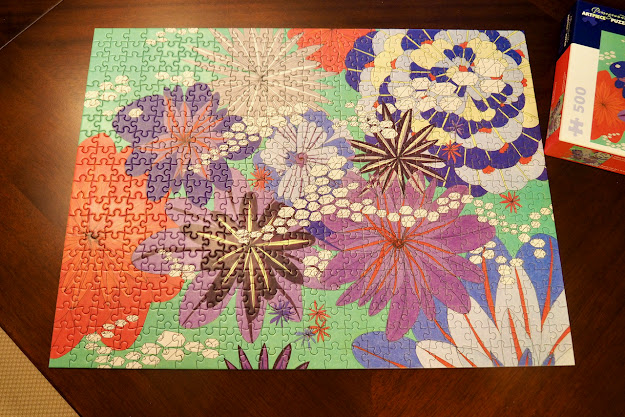 Something I've been doing almost my entire life still has room for improvement though. While taking these oatmeal/almond/dried cherry cookies off the sheet, it still amazes me that I cannot seem to make cookies a consistent size. While I used to have a cookie scoop, it died in short order, so it is back to using two tablespoons. 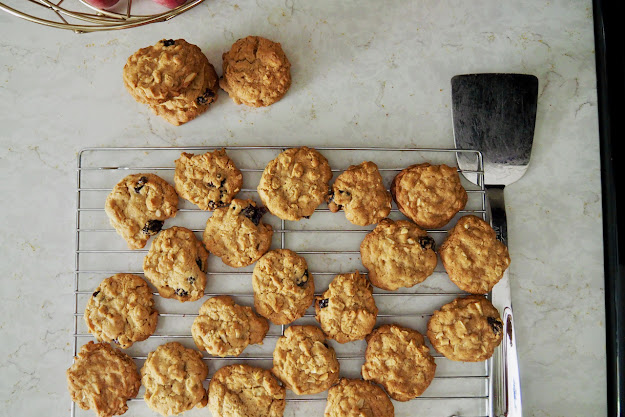 There has been consistent rain, along with beautiful sunsets for a few weeks now, so much rain that the water that was once about six or seven inches below the boat slips, is, well not at all the case now. 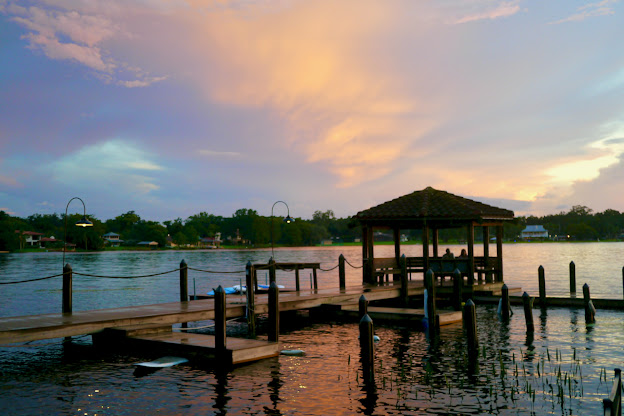 Fried okra, where were you for most of my life? It took my darling husband many, many years before he could get me to try it, and now I could probably eat it every day of the week. Broccoli too-- man I love that vegetable. 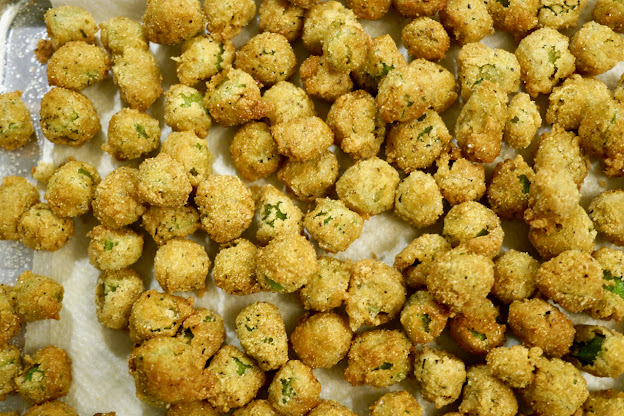 The clean up continues on Fern Creek with most buildings under bright blue tarps. 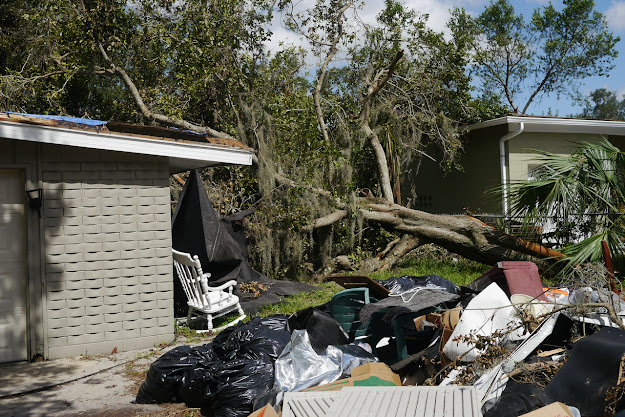 More of the above folks belongings are piled next to the street. While so much of it is sad, that tutu affair really gets me, as does the little blue and orange crochet thing that might be a hat? 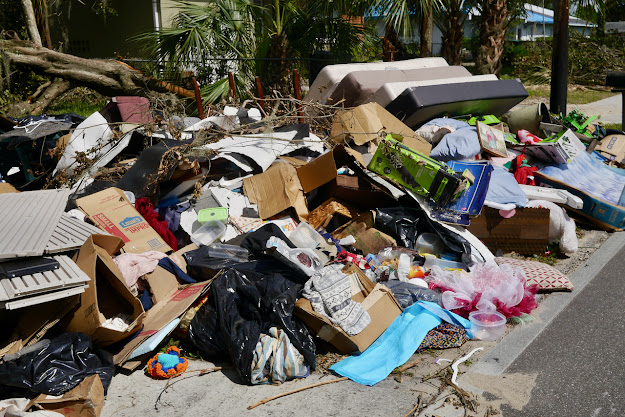